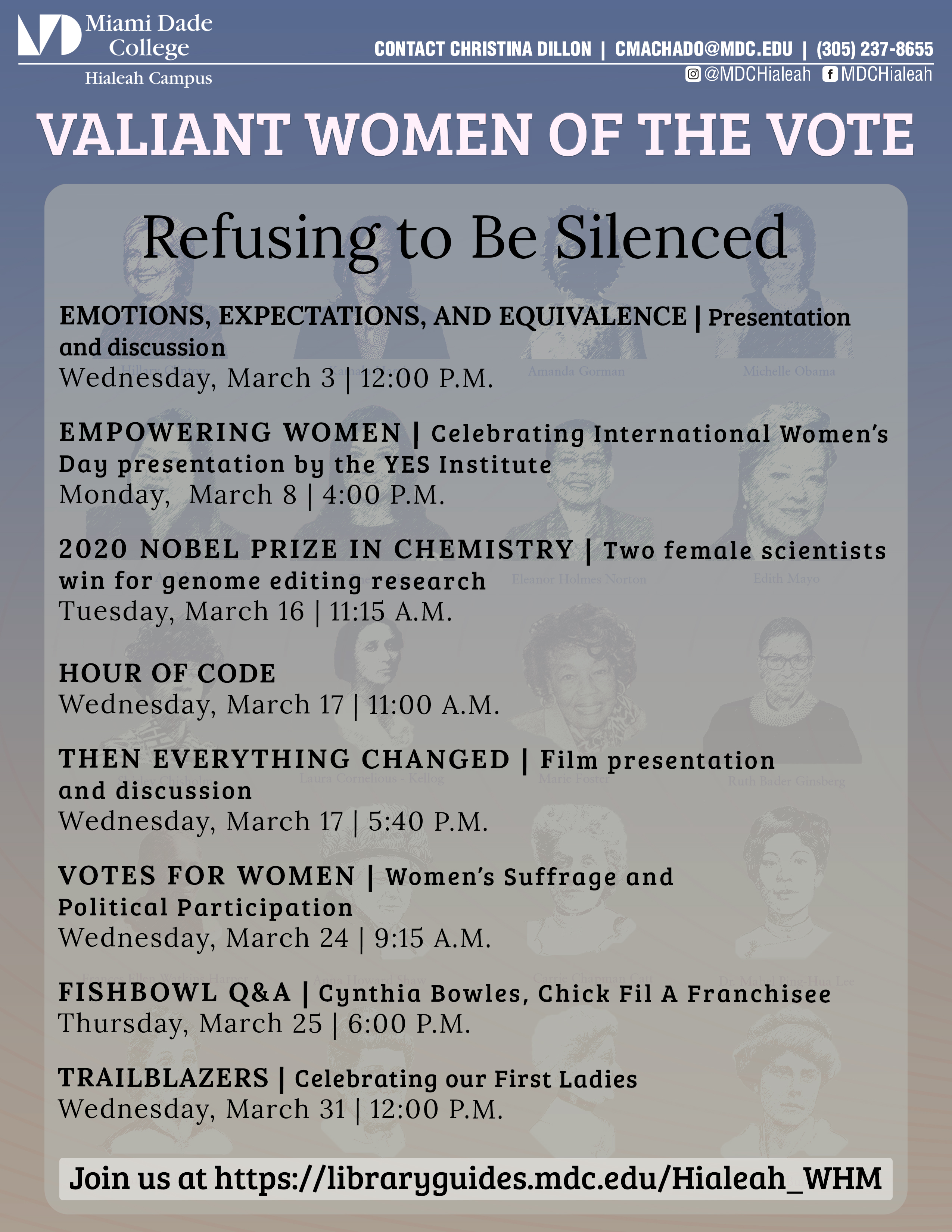 In this talk Daanika gives us an insight into how empathy works through a gender lens Daanika Kamal specializes in human rights law, focusing on access to justice and rights protections of the most marginalized segments of society. She is an internationally published author and editor in the fields of gender empowerment, mental health and climate change. In 2018, Daanika founded the Colour Blue (TCB) to promote and encourage the empowerment of those facing mental health challenges, as part of her efforts to affirm mental health as a fundamental human right in Pakistan. Daanika is frequently invited to speak at national and international conferences and panels, and in 2019, she was the youngest recipient of the Women Leaders for the World fellowship. This talk was given at a TEDx event using the TED conference format but independently organized by a local community.

Women Who Changed the World

Literary mastery, pioneering science, life-saving discoveries and actions for peace and human rights - achievements of women around the world awarded the Nobel Prize.

Geneticist Jennifer Doudna co-invented a groundbreaking new technology for editing genes, called CRISPR-Cas9. The tool allows scientists to make precise edits to DNA strands, which could lead to treatments for genetic diseases ... but could also be used to create so-called "designer babies." Doudna reviews how CRISPR-Cas9 works -- and asks the scientific community to pause and discuss the ethics of this new tool.

Author and historian Walter Isaacson is known for his biographies on the world's greatest thinkers and innovators. Now, he focuses on history in the making with the story of biochemist Jennifer Doudna, PhD, of the University of California, Berkeley, who jointly received the 2020 Nobel Prize in chemistry for developing the gene-editing technology CRISPR, which is based on a virus-fighting trick used by bacteria that helps cure diseases, fend off viruses and have healthier babies. Isaacson and Doudna will discuss the power of science and the breakthroughs on the way.

Acceptance Presentations of the 2020 Nobel Prize in Chemistry

Head to Code.org for more information and resources about coding.

As part of this event, we will be doing an Hour of Code, Star Wars style: learn to program droids, and create your own Star Wars game in a galaxy far, far away. Head to the Hour of Code: Star Wars page and choose to code using Blocks. At the end of the activity, Star Wars: Building a Galaxy With Code (Blockly), you will be awarded a certificate which you can send to your professor for credit.

This video will provide an introduction of how to code with blocks:

Votes for Women: Women’s Suffrage and Political Participation is presented as part of the Student Interdisciplinary Symposium. The panel discussion will center on ENC1102 students' research projects on the women’s suffrage movement and women’s political participation from the early 19th century to today.