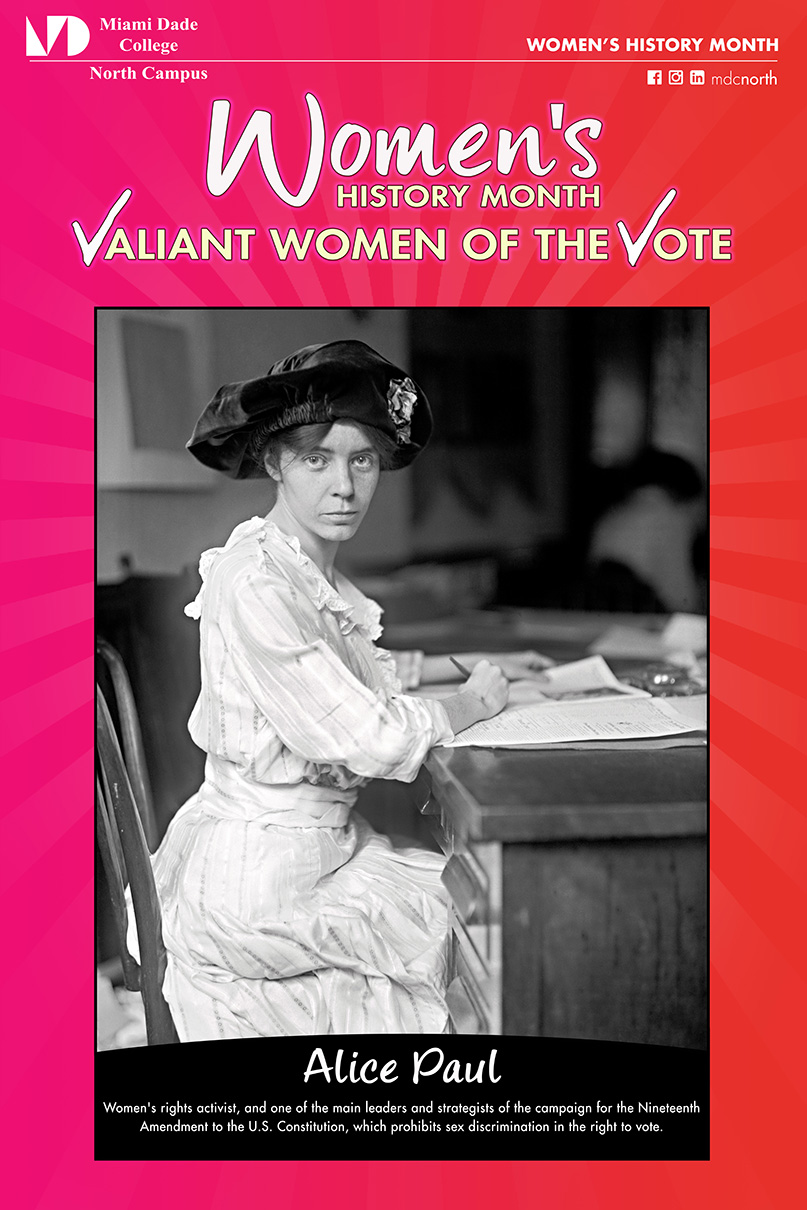 ALICE PAUL- women's rights activist and one of the main leaders and strategists of the campaign for the Nineteenth Amendment to the U.S. Constitution, which prohibits sex discrimination in the right to vote. 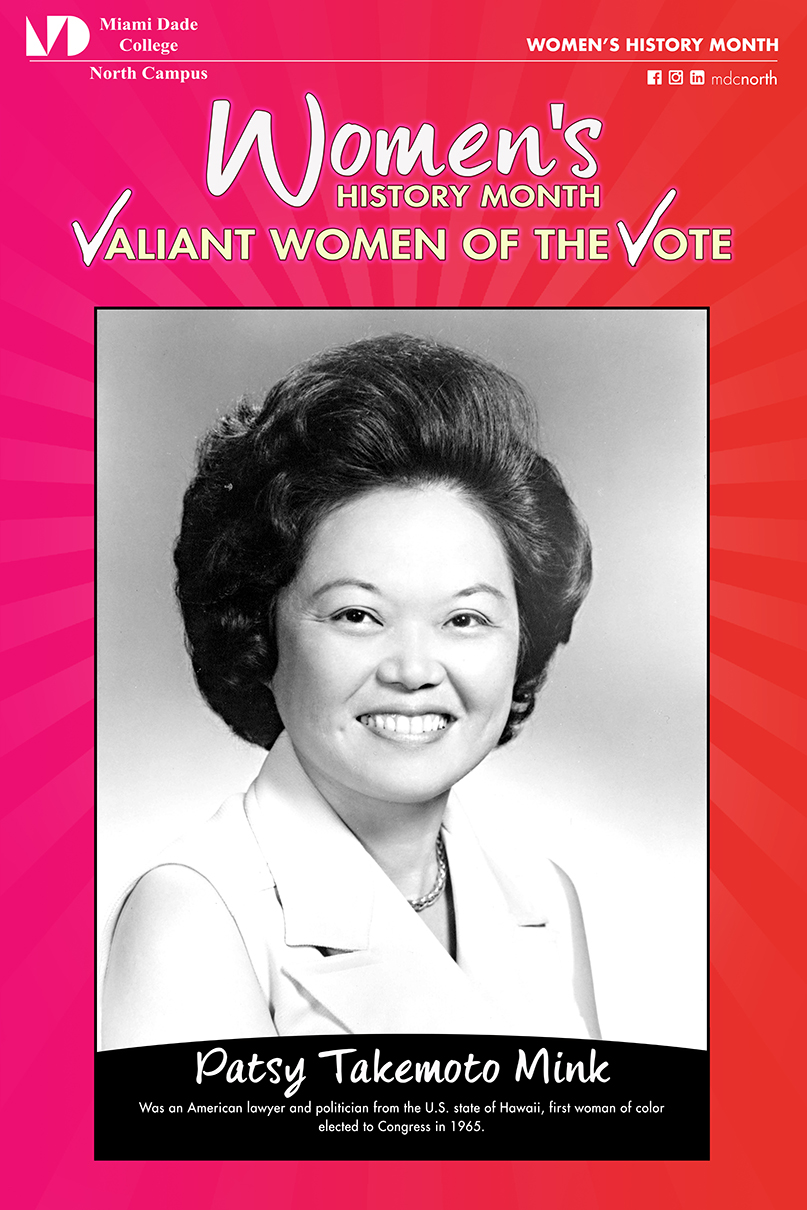 PATSY TAKEMOTO MINK- American lawyer and politician from the U.S. state of Hawaii. She was the first woman of color elected to Congress in 1965. 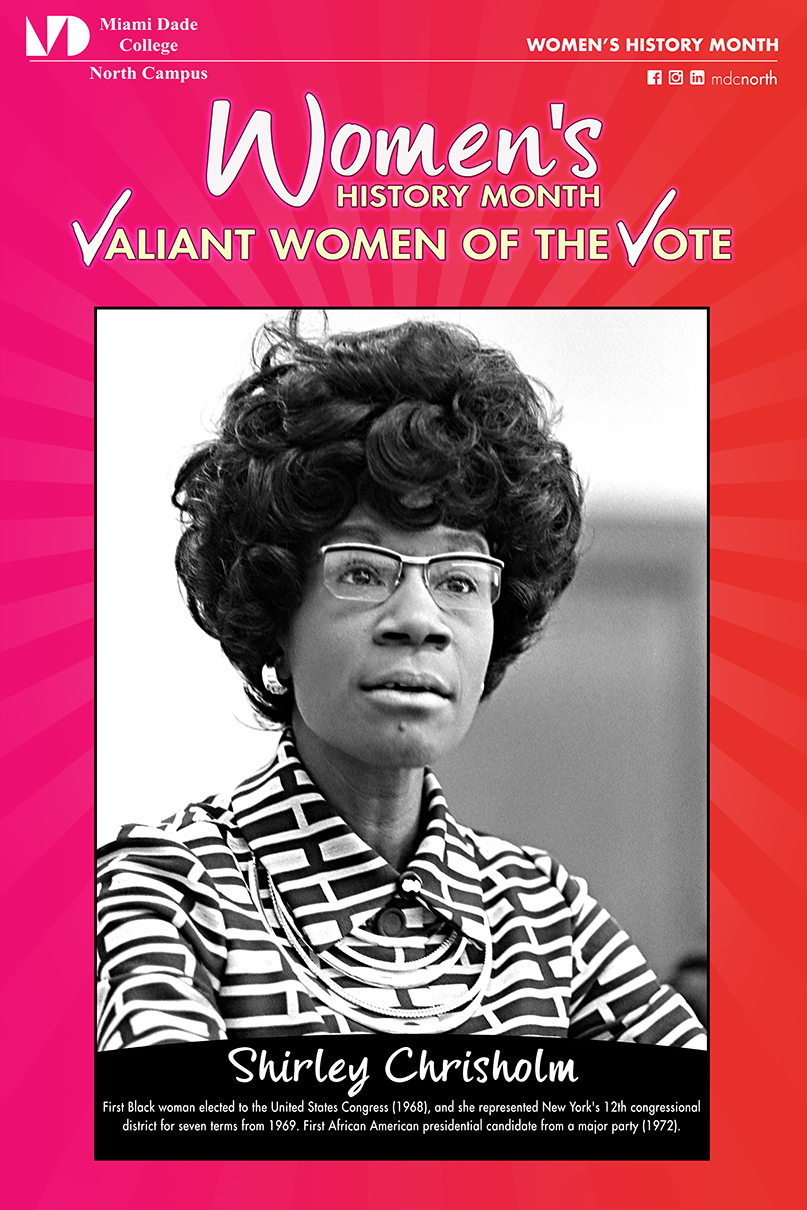 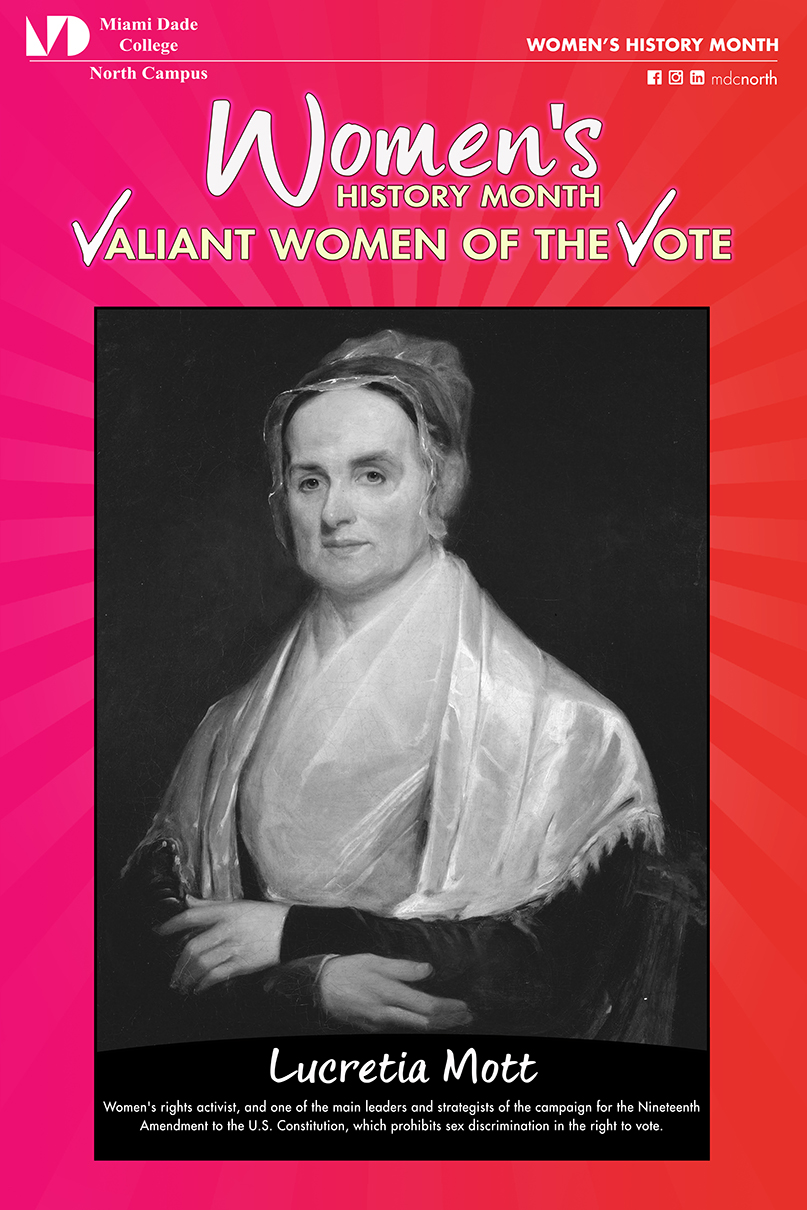 LUCRETIA MOTT- early feminist activist and abolitionist. A powerful orator, she dedicated her life to speaking out against racial discrimination. 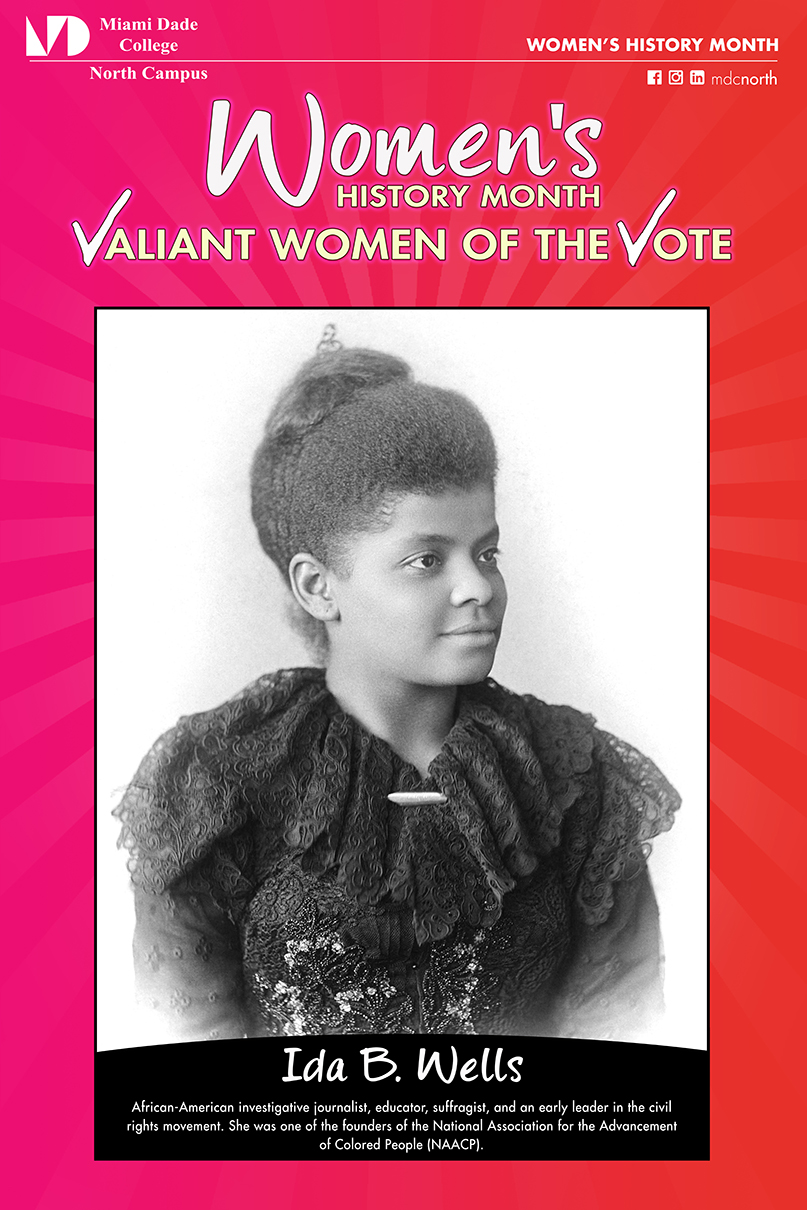 IDA B. WELLS- African-American investigative journalist, educator, suffragist, and an early leader in the civil rights movement. She was one of the founders of the National Association for the Advancement of Colored People (NAACP). 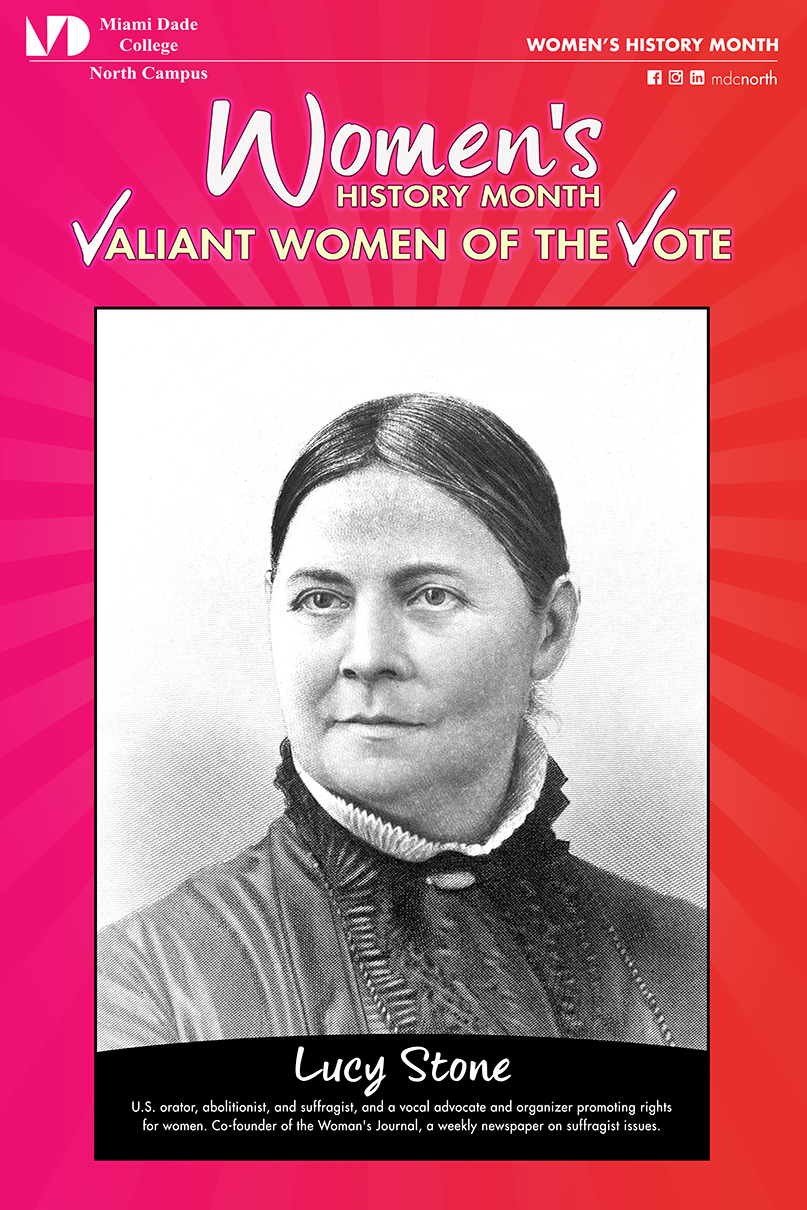 LUCY STONE- U.S. orator, abolitionist, suffragist, and a vocal advocate and organizer promoting rights for women. She was the co-founder of the Woman's Journal, a weekly newspaper on suffragist issues. 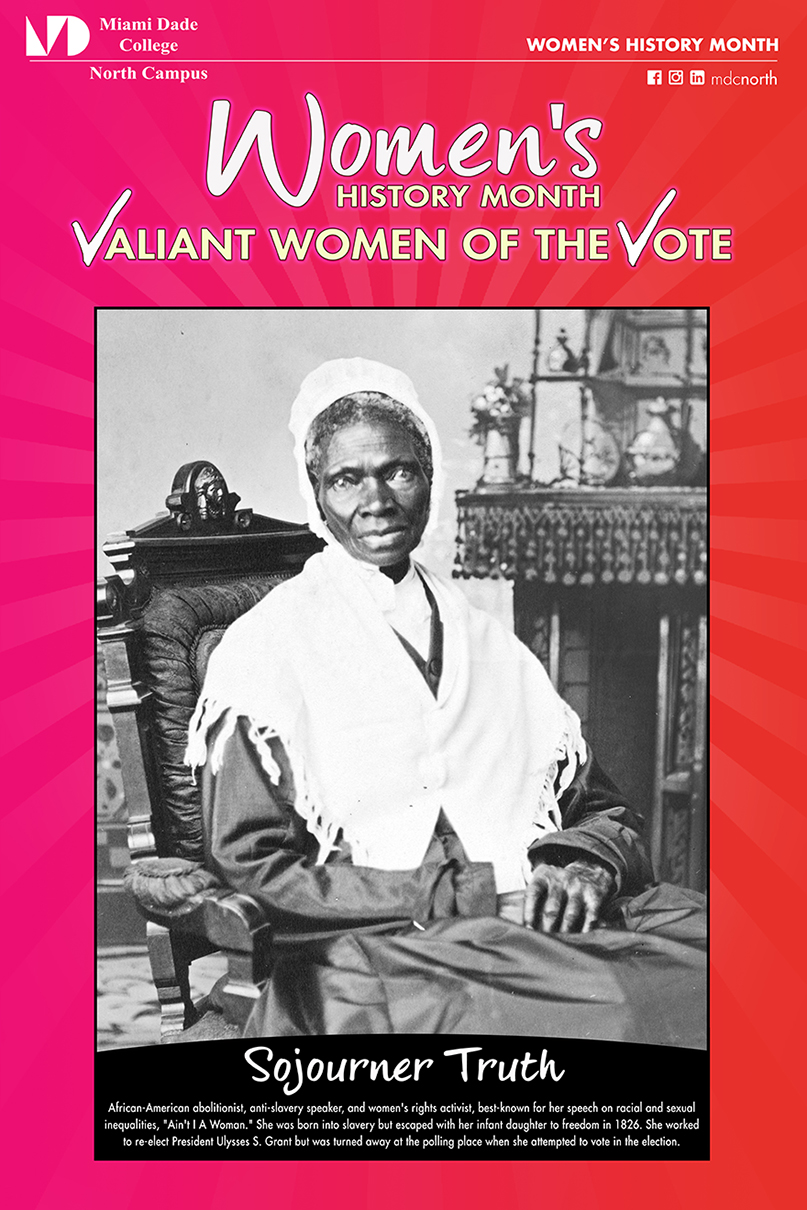 SOJOURNER TRUTH- African-American abolitionist, anti-slavery speaker, and women's rights activist, best-known for her speech on racial and sexual inequalities, "Ain't I A Woman." She was born into slavery but escaped with her infant daughter to freedom in 1826. She worked to re-elect President Ulysses S. Grant but was turned away at the polling place when she attempted to vote in the election. 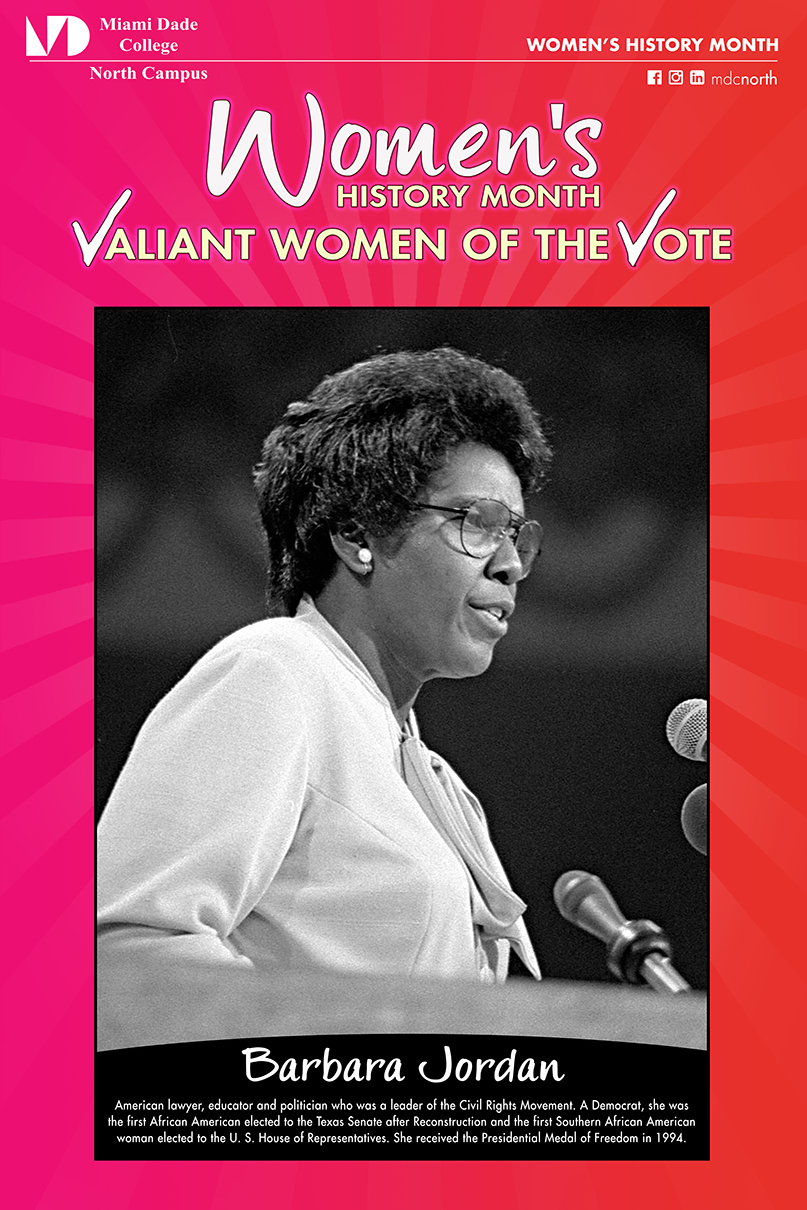 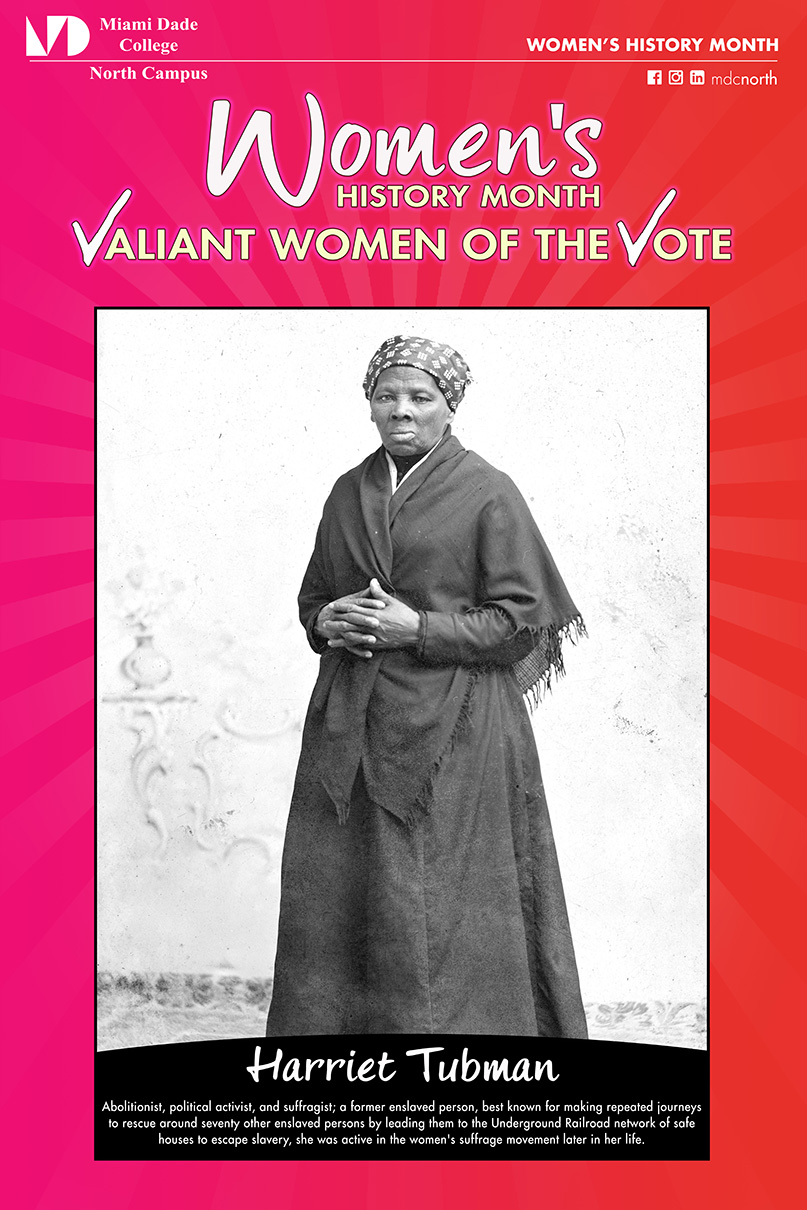 HARRIET TUBMAN- abolitionist, political activist, and suffragist. A former enslaved person, she was best known for making repeated journeys to rescue around seventy other enslaved persons by leading them to the Underground Railroad network of safe houses to escape slavery. She was active in the women's suffrage movement later in her life. 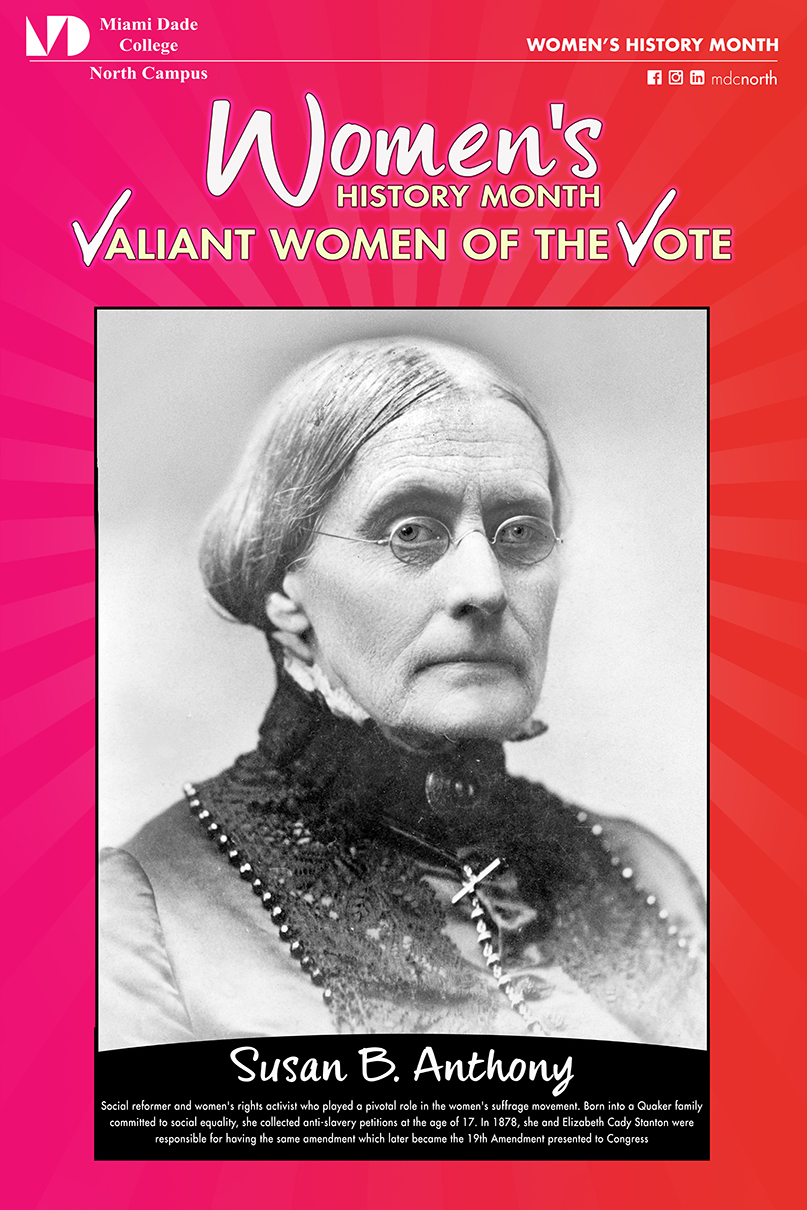 SUSAN B. ANTHONY- social reformer and women's rights activist who played a pivotal role in the women's suffrage movement. Born into a Quaker family committed to social equality, she collected anti-slavery petitions at the age of 17. In 1878, she and Elizabeth Cady Stanton were responsible for having the same amendment, which later became the 19th Amendment presented to Congress.