Research Using Periodicals: What is a periodical?

From Wikipedia, the free encyclopedia

Periodical literature (also called a periodical publication or simply a periodical) is a published work that appears in a new edition on a regular schedule. The most familiar examples are the newspaper, often published daily, or weekly; or the magazine, typically published weekly, monthly or as a quarterly. Other examples would be a newsletter, a literary journal or learned journal, or a yearbook. These examples are typically published and referenced by volume and issue. "Volume" typically refers to the number of years the publication has been circulated, and "Issue" refers to how many times that periodical has been published during that year. For example, the April 2011 publication of a monthly magazine first published in 2002 would be listed as, "Volume 9, Issue 4." (Roman numerals are sometimes used in reference to the Volume number.)

Periodicals can be classified into two types: popular and scholarly. The popular periodicals are magazine and newspapers, like Ebony and Esquire. The scholarly periodicals are found in libraries and databases. Examples are The Journal of Psychology and the Journal of Social Work. Trade/Professional journals are also examples of periodicals. They are written for an audience of professionals in the world. As of the early 1990s, there were over 6,000 business, technical, academic, scientific and trade publications in the United States alone.[1]

These examples are related to the idea of an indefinitely continuing cycle of production and publication: newspapers plan to continue publishing, not to stop after a predetermined number of editions. A novel, in contrast, might be published in monthly parts, a method revived after the success of The Pickwick Papers by Charles Dickens.[2] This approach is called part-publication, particularly when each part is from a whole work, or a serial, for example in comic books. It flourished in the middle of the nineteenth century, for example with Abraham John Valpy's Delphin Classics, and was not restricted to fiction.[3]

The International Standard Serial Number (ISSN) is to periodical publications what the ISBN is to books: a standardized reference number. 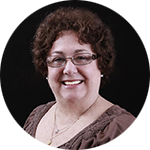