History of Chocolate and Origins

Where Does Chocolate Come From? 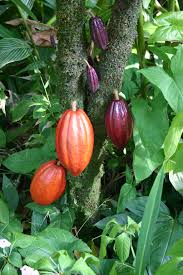 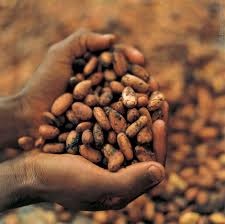 Like many great foods, almost all of them find their origins in nature.  Chocolate finds its beginnings in the cocoa bean (pictured above) harvested from the cocoa plant.  The cocoa tree and harvesting of cocoa beans take place primarily in two parts of the world: Africa and South America.

The Latin name for cocoa—Theobroma—literally means, “food of the gods.” This valuable crop played an important role in many ancient South American cultures.

In its earliest forms, the Mayans used cocoa to create a ritual beverage that was shared during betrothal and marriage ceremonies, providing one of the first known links between chocolate and romance.

For nearly 100 years, after the Spaniards were introduced to chocolatl, the coveted drink of New World inhabitants, they kept the secret of its production to themselves. In the same years as Shakespeare wrote his final plays, the missionary and theologian José de Acosta wrote about cocoa from Lima, Peru, saying, “It is so much esteemed among the Indians that it is one of the richest and the greatest traffickes of New Spain.” (from the World Cocoa Foundation, Origins of Chocolate https://worldcocoafoundation.org/about-cocoa/history-of-cocoa/)