This guide provides users with valuable resources pertaining to censorship and intellectual freedom.

Important Works on Your Right to Read

These are free and credible online resources. 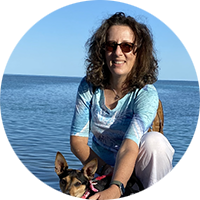