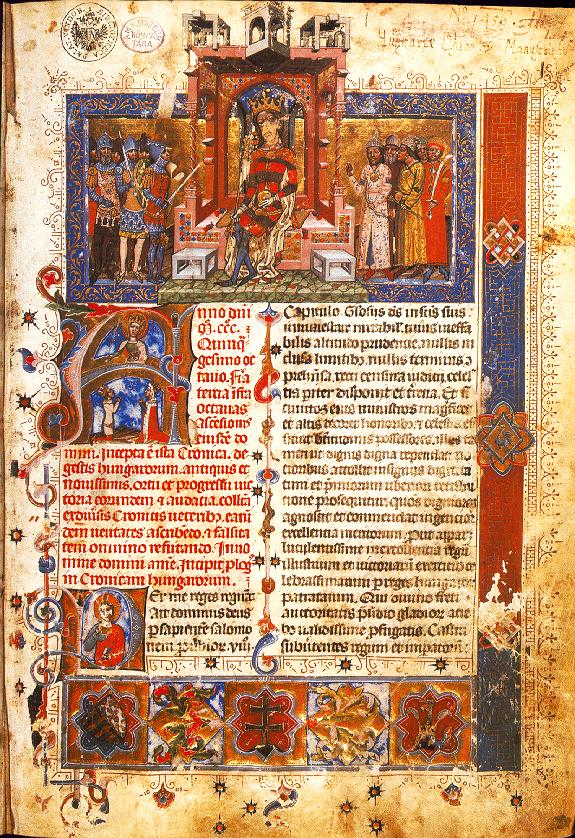 In medieval England (12th–15th century), the ascendancy of Norman-French culture in the post-Conquest era, followed by the re-emergence of native English works – by such authors as Chaucer, Langland, and Malory, and numerous anonymous authors, – marked the Middle English period of English literature. Towards the end of the Middle Ages, more lay people were literate, and the Paston Letters form one of the first records of one family's ordinary lives. These, together with a growing number of financial and legal records, sermons, chronicles, poems, and charters, form the basis of modern historical knowledge of the period.

Although the Anglo-Saxon Chronicle continued to be written until 1154, with the arrival of a Norman ruling class at the end of the 11th century, the ascendancy of Norman-French in cultural life began, and it was not until the 13th century that English literature regained its strength. Prose was concerned chiefly with popular devotional use, but verse emerged typically in the metrical chronicles, such as Layamon's Brut, and the numerous romances based on the stories of Charlemagne, the legends of King Arthur and the Holy Grail, and the classical episodes of Troy, derived from Homer's Iliad (c. 700 BC).

First of the great English poets was Geoffrey Chaucer, author of The Canterbury Tales (c. 1387), whose early work reflected the formality of the predominant French influence, but later the realism of Renaissance Italy. Of purely native inspiration was the medieval alliterative poem Piers Plowman (1367–86) by William Langland, and the anonymous Pearl, Patience, and Gawayne and the Grene Knight. Chaucer remained unmatched in the period, although the poet John Skelton was one of Chaucer's more original successors; the first secular morality play in English, Magnyfycence (1516), was written by Skelton. More successful were the anonymous authors of songs and carols, and of the ballads, which often formed a complete cycle, such as those concerned with the outlaw Robin Hood. Many stories were carried by travelling minstrels. Drama flourished in the form of mystery plays and morality plays. Prose reached new heights in the 15th century with Thomas Malory's retelling of the Arthurian legends in Le Morte d'Arthur (c. 1470).

The Middle Ages introduction and overview from Mr Halligan

Myth, monsters and the imagination

Few historical concepts have such powerful resonance as the Renaissance. Usually used to describe the rediscovery of classical Roman and Greek culture in the late 1300s and 1400s and the great pan-European flowering in art, architecture, literature, science, music, philosophy and politics that this inspired, it has been interpreted as the epoch that made the modern world truly modern. Education was a driving force, encouraged by the increase in the number of universities and schools – another movement that began in Italy. Gradually, the concept of a ‘humanistic’ curriculum began to solidify: focussing not on Christian theological texts, which had been pored over in medieval seats of learning, but on classical ‘humanities’ subjects such as philosophy, history, drama and poetry. Schoolboys – few girls were permitted to receive an education at this point – were drilled in Latin and Greek, meaning that texts from the ancient world could be studied in the original languages. Printed textbooks and primers enabled students to memorise snippets from quotable authors, sharpen their use of argumentative rhetoric and develop an elegant writing style. In Britain, humanism was spread by a rapid increase in the number of ‘grammar’ schools (as their name indicates, language was their primary focus, and students were often required to speak in Latin during school hours), and the jump in the number of children exposed to the best classical learning. Shakespeare, Marlowe, Spenser, Jonson, Bacon: almost every major British Renaissance intellectual one can name received a humanist education. Shakespeare’s plays and poems are steeped in writers he encountered at school – the magical transformations of Ovid’s poetry infiltrate the worlds of A Midsummer Night’s Dream and The Tempest, his Roman historiesare cribbed from the Greek historian Plutarch, The Comedy of Errors is modelled closely on a Greek drama by Plautus, while Hamlet includes an entire section – the Player’s account of the death of Priam – borrowed from Virgil’s Aeneid.

But humanism produced a strange paradox: European society was still overwhelmingly Roman Catholic, yet the writers and thinkers now in vogue came from classical, pre-Christian times. The clash was made more obvious in 1517, when a renegade German friar called Martin Luther, appalled by corruption in the Church, launched a protest movement against Catholic teachings. Luther argued that the Church had too much power and needed to be reformed, and promoted a theology that stressed a more direct relationship between believers and God.

Another central plank of his thinking was that the Bible should be available not just in Latin, spoken by the elite, but democratically available in local languages. Luther published a German translation of the Bible in 1534, which – assisted by the growth of the printing press – helped bring about translations into English, French and other languages. In turn, this increased literacy rates, meaning that more people had access to education and new thinking. But the political consequences for Europe were violent, as war raged and Protestant and Catholic nations and citizens vied for control.

The Renaissance an Introduction 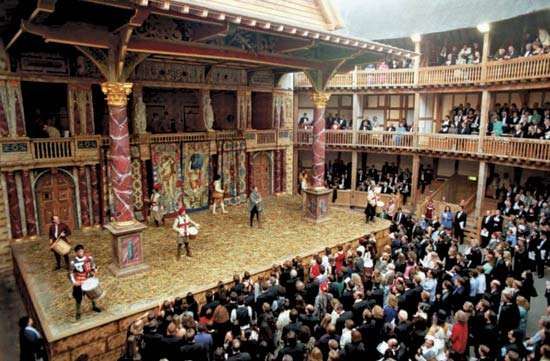 The Rise of the Merchant Class

Although the Renaissance arrived in England in the mid-1500s, almost two centuries after it began in Italy, some of its greatest achievements occurred on these shores, particularly in literature. Courtier-poets such as Sir Thomas Wyatt, Sir Philip Sidney and Edmund Spenser transformed Italian forms into richly flexible English verse, while composers including Thomas Tallis, William Byrd and Orlando Gibbons learned from the harmonic experiments being conducted in mainland Europe to forge a harmonic language uniquely their own. Perhaps most strikingly, playwrights such as William Shakespeare, Christopher Marlowe and Ben Jonson put their grammar-school educations to fine effect in the public theatres of London by creating drama more sophisticated and psychologically powerful than anything else in Europe. Marlowe’s anti-hero Tamburlaine, a snarlingly ambitious shepherd from a central Eurasian backwater who rises to be an all-powerful ruler, is one kind of Renaissance man. Shakespeare’s Hamlet – a conscience-racked Danish revenger who is educated in the Lutheran town of Wittenberg, and who delivers existential philosophy worthy of Montaigne – is another. The word ‘renaissance’ may be tricky to define, but the impression it left on culture is impossible to mistake.

During the Middle Ages, a great emphasis was placed on the blend of fantasy and reality.  Though characters were given human characteristics, their personalities transcended  to those of fictitious figures (God, Saints, and revered leaders).  Additionally, these stories incorporated the codes of romance and honor, reliving the ideals of chivalry in writing.  Furthermore, there was a religious overtone hidden in these works.  Because only monks could hand- copy these manuscripts in monasteries, only a few were made available to the rich and noble.  As for the peasants, the only way to pass down these stories from generation to generation was by words of mouth.

For example, Geoffrey Chaucer (1343- 1400), the famous author of The Canterbury Tales, practiced these forms of writing in his narration of the social classes at this time.  He was later known as one of the best medieval writer of all time.

In contrast to the religion- driven aspects of literature found during Medieval times, Renaissance thinkers reverted back to the idealism of classical civilizations during A.D. 1500- 1660.  Instead of focusing on the dreams of the future, Renaissance men and women were concerned with the “here and now”.  During this period, feelings and emotions were key to illustrating humanism, with the story more oriented on the character rather than the adventure.  In addition, Renaissance literature revolved more around having a real humanistic protagonist with a real story to tell.  These basic ideals evolved from a humble place in life to a materialistic dream steeped in luxury.  Moreover, with the invention of the printing press in 1440 by Johann Gutenberg, manuscripts were no longer needed to be meticulously hand- copied, and were able to be printed and delivered to the mass public inexpensively and swiftly.  With more men and women educated due to the indirect results of the printing press, literature became widespread throughout Europe.

For example, John Milton (A.D. 1608- 1674), in his notorious epic poem Paradise Lost, illustrated a more humanistic and prideful Lucifer who craves power in Heaven.  This represents the change in ideas from the religious Medieval literature into the secular themes of Renaissance literature.