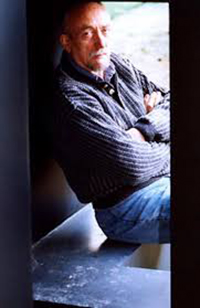 Halegua's approach to sculpture explores new uses of three-dimensional concepts and their application to different functions. His work is monumental in scale, environmental, and sometimes participatory in nature. These objects are intended to complement and enhance the urban landscape, inviting people to participate in the aesthetic experience. They include fountains, earthenware, and urban design. Halegua is most comfortable working on a monumental scale. Wolf Von Eckart wrote in The Washington Post, "Alfredo Halegua makes large, wonderfully simple, public sculptures.” He also made a sculpture for Pennsylvania Avenue which some have called “a work of sensible urban design."

His art evolved from his profound knowledge of the craft and his rigorous training. He experimented with several designs, eventually settling upon the geometrical abstractions he now employs. Art critic Benjamin Forgey of The Washington Post wrote, "If there is one word to describe the space defined by these large, monumental pieces, the word is architectonic. The ingenuity of volumetric relationships is impressive. Impressive and tricky. One must walk around these sculptures, and in the walking, there are surprises. They are intriguing architectonic inventions."

Halegua, a master woodcarver, is versed in all the casting and welding techniques and has pioneered the use of plastics for sculpture since 1962. He has written extensively about art, receiving several major awards for his sculptures as well as his writings. He was also an inspiring professor of sculpture at American University in Washington, DC.

In 1969, Halegua exhibited his concepts of sculpture buildings at the Henri Gallery in Washington, DC. He anticipated the architectural trend of designing buildings with a sculptural approach. Art critic for Arts Magazine, Douglas Davis noted that  “Halegua took a crucial step into architecture, merging function and imagination, for once, satisfactorily.”

Halegua has had numerous one-man shows in museums and galleries in the US and abroad. He has participated in over 200 group exhibitions nationally and internationally in places such as the Rodin Museum in Paris and the Kongresshalle in Berlin. He has received 15 major awards and honors, including gold, silver, and bronze medals. His works are included in 33 major museums and public places in the US and abroad, including The National Gallery of Art in Washington, DC and The Kennedy Center for the Performing Arts. His work also appears in many important national and international private collections. Paul Richard wrote in the Washington Post of Halegua’s work: “Unlike the work of other contemporary geometrical sculptors, like Donald Judd or Tony Smith, Halegua's work has about it a mood of elegance, of tradition polished and refined. He is without question one of our finest sculptors.” 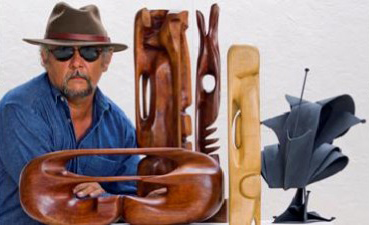 Mario Felipe Almaguer was born in Havana, Cuba in 1955. His works bring attention to artistic expression. Wood is the medium; the finished product is the means.

The artist demonstrates an outgoing spirit, with an artistic attitude like that of the 19th century: self-satisfied and intuitive. It comes from a time when "art for art's sake" was a legitimate standard. Although this attitude lost favor during most of the 20th century, this artistic spirit was never totally lost. Here, it manifests itself with singular force and energy. "I respect the concept of pure freedom, the freedom of being free," Almaguer said. He wished to show that he had escaped from the tyranny of just producing a physical work of art. Rather, the masterpiece is a means to express the spirit of the artist. At times, his works turn inward, in an apparent gesture seeking safety or shelter. This introverted spirit suggests the idea that the artist wishes to present an indestructible creation, even if it is one of great simplicity.

Almaguer shows a great love for precious woods, especially ebony. He is close to the artistic spirit of Henry Moore and Agustin Cardenas, with a cubist style that is occasionally quite abstract, but never departs from a fundamental humanism as its central focus. 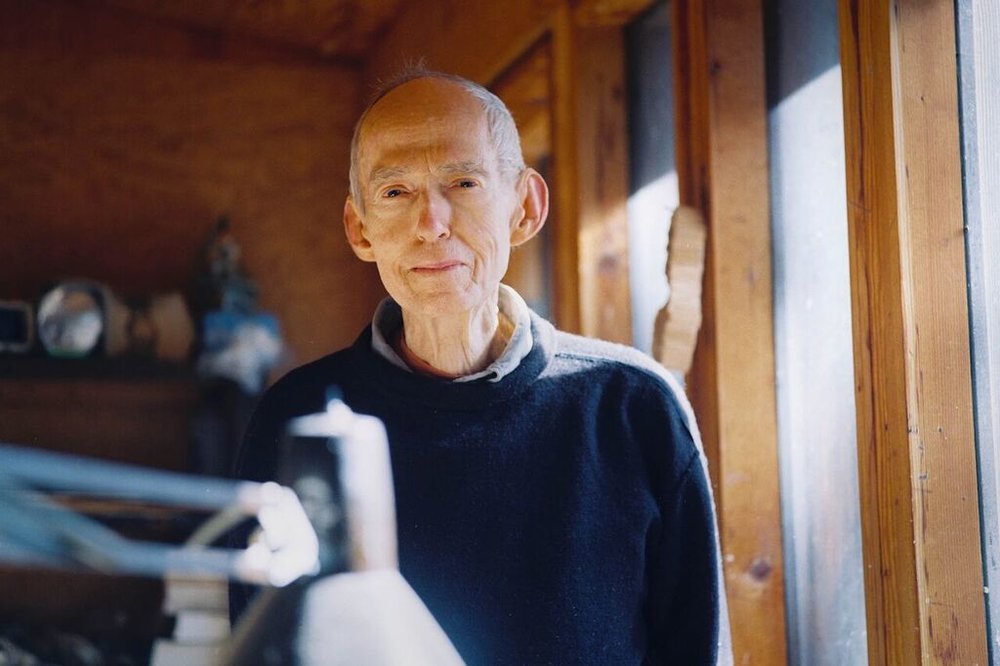 William King, born in 1925 in Jacksonville, FL. He studied at Cooper Union and at the Academia del Belli Arte in Rome as a recipient of a Fulbright grant.

King is known for his simplified figurative cutouts in metal or wood carvings, which are often presented with a warm and subtle touch of humor. During his long and productive career, he has shown his work at galleries and museums across the country, including many solo exhibits at Terry Dintenfass in New York. He has received many commissions for public sites, including the highly visible, striding figures placed on the highway overpass at Penn's Landing in Philadelphia. His sculptures can be found at places like the Allentown Art Museum, Metropolitan Museum of Art, Solomon R. Guggenheim Museum, and the Whitney Museum of American Art, and in many notable private collections. 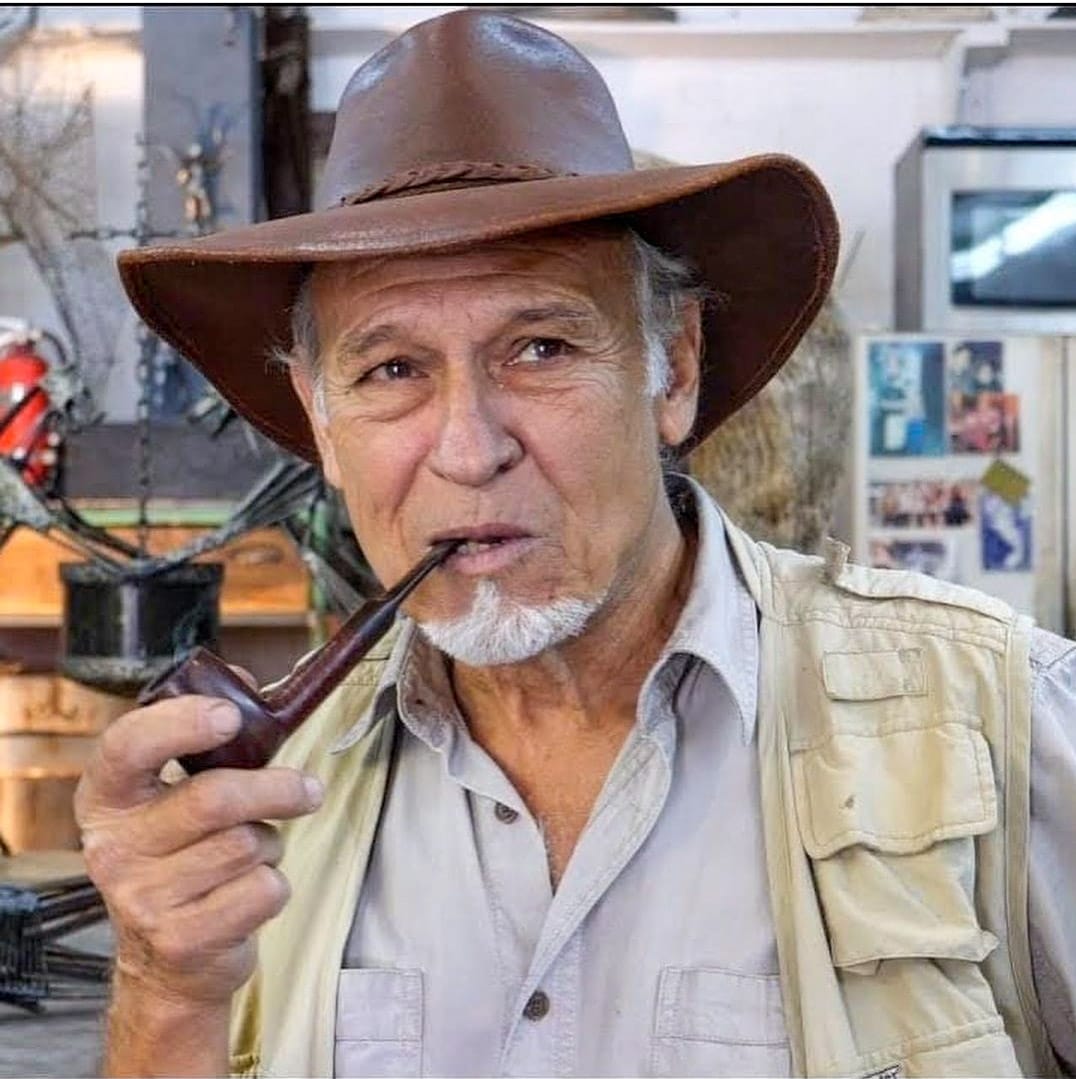 Rafael Consuegra represents the link between an earlier generation of Cuban artists and the contemporary Cuban American vision. Consuegra was born in Havana, Cuba in 1941. Exiled from Cuba, he left the island in 1960 and established residency in Miami, Florida where he began his art studies.

As an art student, he was twice granted the Cintas Fellowship from the International Institute of Education in New York. After receiving a Master of Arts degree from the University of Miami, he taught sculpture and design at Miami Dade College and Barry University. Wanting to dedicate his efforts solely to art, he left teaching and moved to Europe.

In Europe, he exhibited his work widely throughout France, Spain, Denmark, and Switzerland. After eight years in Europe, he moved back to the United States where he established a permanent studio in Miami, Florida. His sculptures range in size from small scale works suitable for private residences to monumental public art commissions. His artwork appears in both private and public collections nationally.