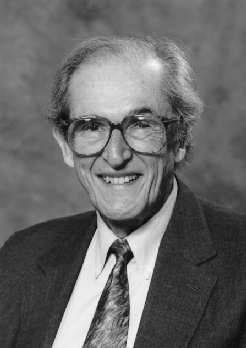 Jack Gordon (June 22, 1922 - December 17, 2005) was a state of Florida senator from 1972 to 1992, a tenure which included chairing every major committee, being elected President Pro Tem and serving as majority leader in 1989. Some of his legislative accomplishments included sponsoring legislation to decentralize and reorganize the State’s Human Services agency; to create the Department of Corrections; and to initiate and shepherd through all kinds of legislation in the health care area, including the creation of a hospital cost containment commission, requiring generic drugs to be used when not specifically prohibited, and making physician records available to the public. In 1979, Jack Gordon introduced in the Florida Senate the first hospice licensing legislation in the nation.

In the field of education, Jack Gordon’s legacy to the state of Florida is the “Gordon Rule”, mandating students to write as a means of developing critical analytical and communication skills to prepare for life:

I hoped that some better common processes, other than tests, might be chosen as a measurement of readiness. After all, education is a process—a never ending one, if you will—and it is harmful to think of education as synonymous with small sequences of information, or of a college education as merely the sum of credits earned toward a degree.

Furthermore, this rule was born out of his frustration with the realization that many college students graduated without ever writing an essay or enrolling in a mathematics course, and, that as a consequence, the state had permitted academic standards to slide.

To remedy these educational deficiencies, Jack Gordon petitioned the State Board of Education in 1987 to adopt a law that would require every student enrolled in the first two years of a public college to take and pass, with a grade of “C” or higher, twelve hours of course work in English and/or the humanities, provided that each of the four three-hour courses required written work of six thousand words, and to take six hours of college-level mathematics. Later this rule was modified so as to permit an institution to provide an alternative plan that would accomplish the same educational goals.