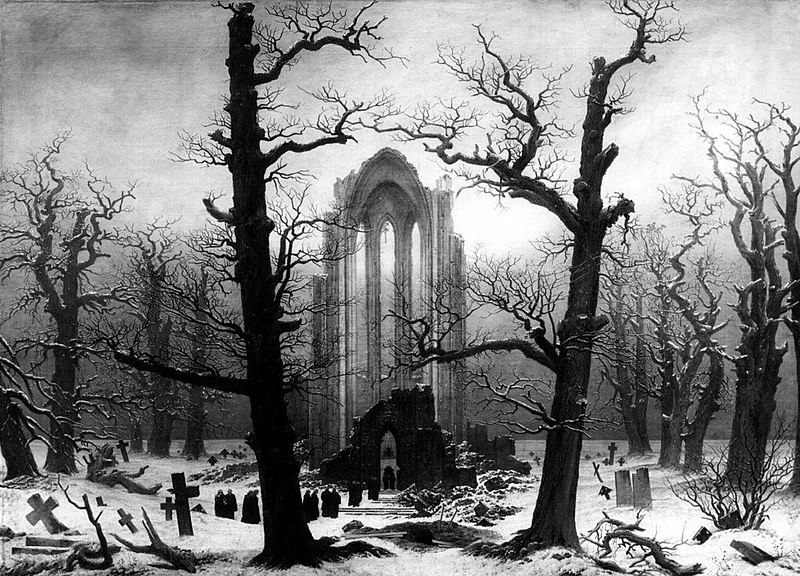 The idea of the supernatural is as old as storytelling itself. Beginning with epic tales of floods, monsters, and giants, the supernatural has been passed down from one generation to the next. Eventually, those oral traditions of terror and fright worked their way into literature.

First published on Christmas Day 1764, Horace Walpole’s The Castle of Otranto is credited as the first Gothic novel. At the time, Gothic was considered a derogatory term to describe “barbarians.” Walpole’s love of medieval Gothic began with the renovations of his home at Strawberry Hill. Additions of Gothic architectural elements turned his miniature castle into a medieval one. A nightmare while sleeping in his home inspired his novel which is set in an Italian Gothic castle. In his story, the castle has the supernatural ability to come to life to battle the main character. In its second publication run, Walpole added the subheading “A Gothic Story.”

Walpole’s achievements bred imitators and successors. Ann Radcliffe, also known as the Queen of Gothic, published numerous novels in the genre. Her most famous, The Mysteries of Udolpho, follows Walpole’s model of a gloomy castle in Italy with a villainous character; her novel added a menacing threat to the virginal heroine. Originally she followed the pattern established by Walpole, but Radcliff soon added a component of psychological terror to her stories.

The elements of the Gothic novel were thus born. Both Walpole and Radcliffe relied on description to establish creepy settings in antiquated places — castles, crypts, graveyards, aging cities, urban underworlds, decaying factories, laboratories, and public buildings.  Within this setting was something that “haunts the characters — psychologically, physically, or otherwise” through “ghosts, specters, or monsters” (Hogle 2).  The stories centered on opposing conditions, such as life/death, natural/supernatural, ancient/modern, realistic/artificial, and unconscious/conscious (Hogle 9).

Combined, these elements created Gothic Terror that held “characters and readers mostly in anxious suspense about threats to life, safety and sanity kept largely out of sight or in shadows or suggestions from a hidden past” (Hogle 3).  On the other hand, Gothic Horror confronted the “principal characters with the gross violence or physical or psychological dissolution, explicitly shutting the assumed norms of everyday life with wildly shocking, and even revolting, consequences” (Hogle 3).

For more information on the origins and history of Gothic literature: 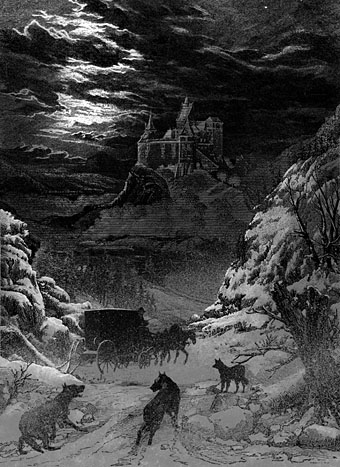 Used with permission by the artist, John Coulthart