The Day After Tomorrow

Hope on the Horizon 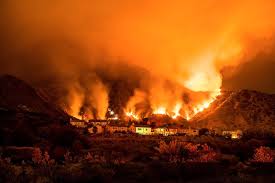 Wildfires rage in the West. Hurricanes batter the East. Droughts and floods wreak damage throughout the nation. Life has become increasingly untenable in the hardest-hit areas, but if the people there move, where will everyone go? 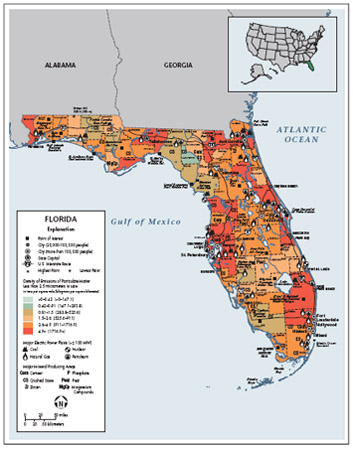 Florida's most important agricultural products are its citrus fruits, accounting for about 70 percent of annual U.S. production. The state generally ranks within the top five nationally for production of oranges, grapefruits, and tangerines. Florida continues to supply most of the orange juice consumed in the United States, with at least 95 percent of the oranges harvested in the state being processed into juice. The state also ranks in the top five for sugarcane, squash, watermelon, sweet corn, snap beans, strawberries, and bell peppers. Florida greenhouse and nursery products are also important in the national market. Production of beef cattle and dairy products is fairly important, with the state often ranking within the top twenty nationally for these commodities. Florida is home to about 600 thoroughbred horse farms and training centers, which have produced forty-seven National Champions and six Kentucky Derby winners, along with other prize winners.

The value of Florida's crops alone exceeds $6.2 billion, with the state generally ranking within the top ten in the nation for agricultural value. Total agricultural revenue for the state is greater than $7.7 billion. In 2010, the state had roughly 47,500 farms, covering some 9.25 million acres (3.74 million ha). These farms represent nearly 30 percent of the state's entire land area. 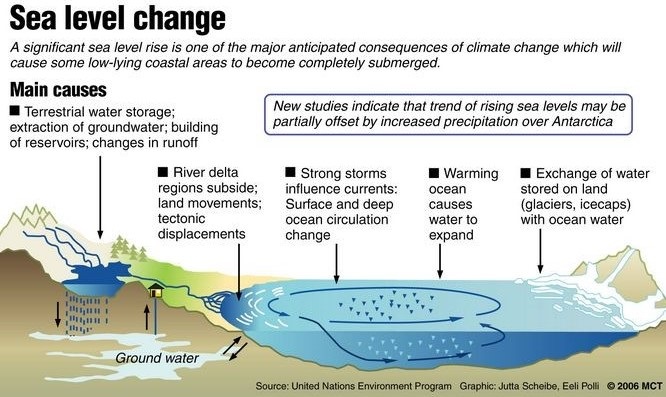 MIAMI BEACH In the most dire predictions, South Florida's delicate barrier islands, coastal communities and captivating subtropical beaches will be lost to the rising waters in as few as 100 years.  Further inland, the Everglades, the river of grass that gives the region its fresh water, could one day be useless, some scientists fear, contaminated by the inexorable advance of the salt-filled ocean. The Florida Keys, the pearl-like strand of islands that stretches into the Gulf of Mexico, would be mostly submerged alongside their exotic crown jewel, Key West.

The 'Most Climate-Proof City' in America? and How Climate Change Will Transform U.S. Cities