After completing this module, you will be able to:

You will apply and learn about information literacy competencies while completing this learning module.

Why do you need to evaluate sources? Isn’t everything on the internet correct? Not by a long shot!

You are bombarded with information just about every moment of your day. 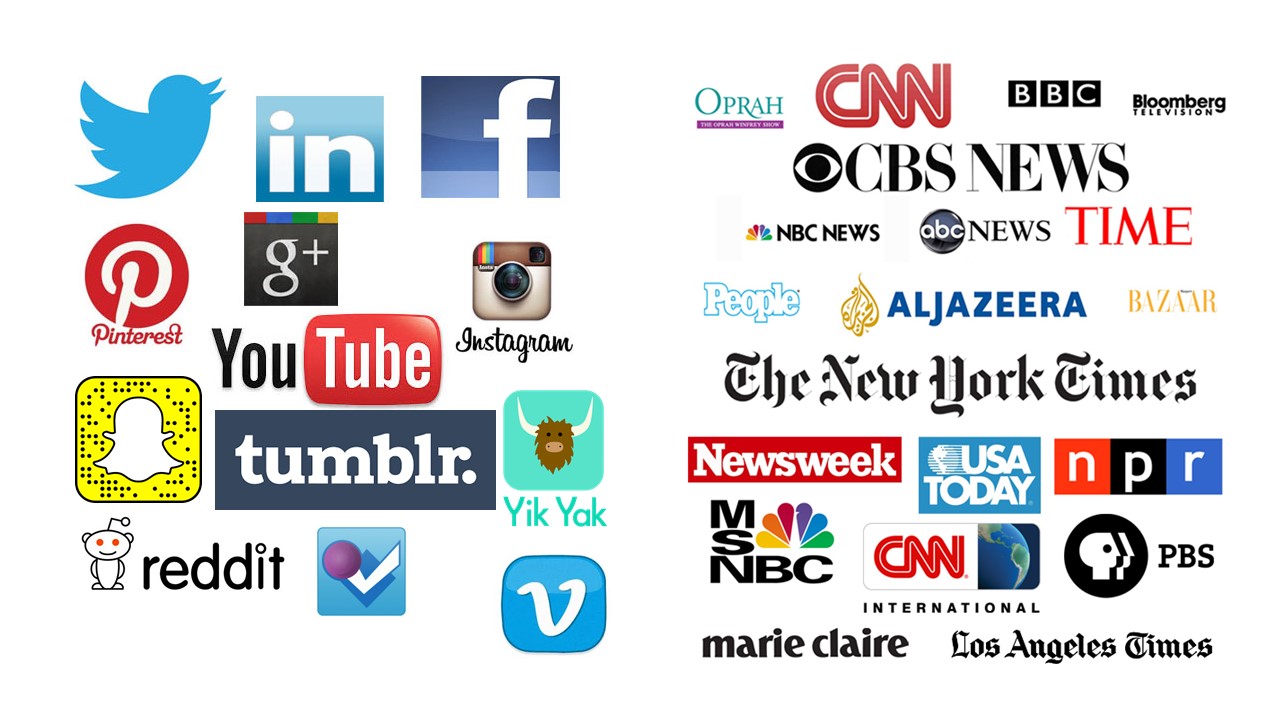 How can you choose the best sources for your research?  Watch the following videos to learn more!

There are many ways to evaluate information and just as many acronyms to help you remember the criteria to doing so. Head to the recommended LibGuide on Acronyms for Evaluating Information to find the criteria that best fits the type of information you are evaluating. Additional resources on a selection of those criteria sets are also provided. Read on to learn more. 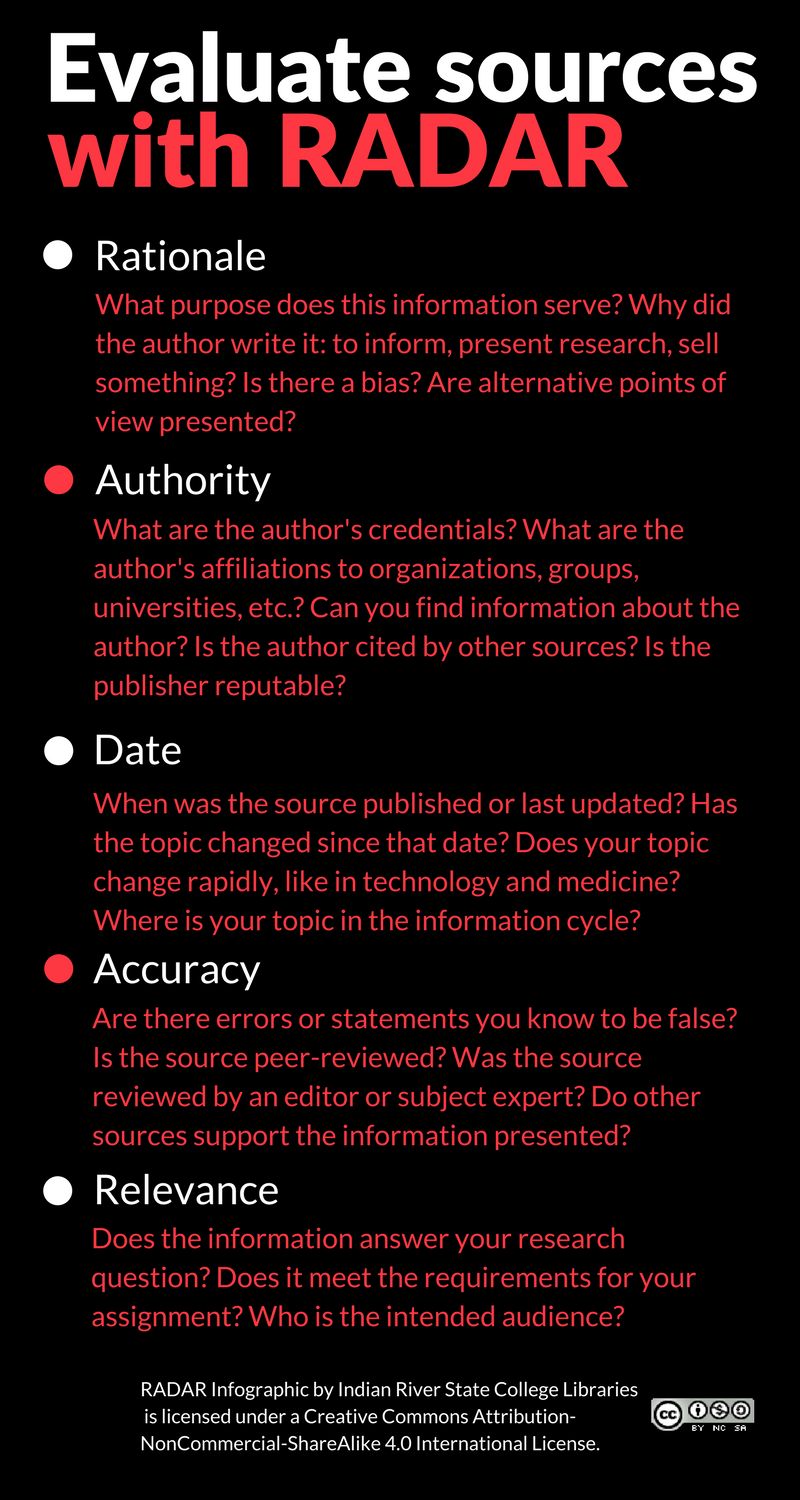 This video clarifies how to evaluate the information using the CRAAP criteria.

You need to evaluate your news sources in the same way you evaluated your research sources. To help you, I’ve included this infographic from the International Federation of Library Associations and Institutions.

Be wary of links that have been reposted on your Facebook or Twitter feeds, particularly the ones that have shocking headlines. Those are called “click bait” and are meant to get you to click through to a site…and sometimes it may take you to a site you don’t want to be on.

Stop and think about what you are reading. Does it agree with what you have read elsewhere or learned in class? Does it go against your core personal beliefs or strongly reinforce them? 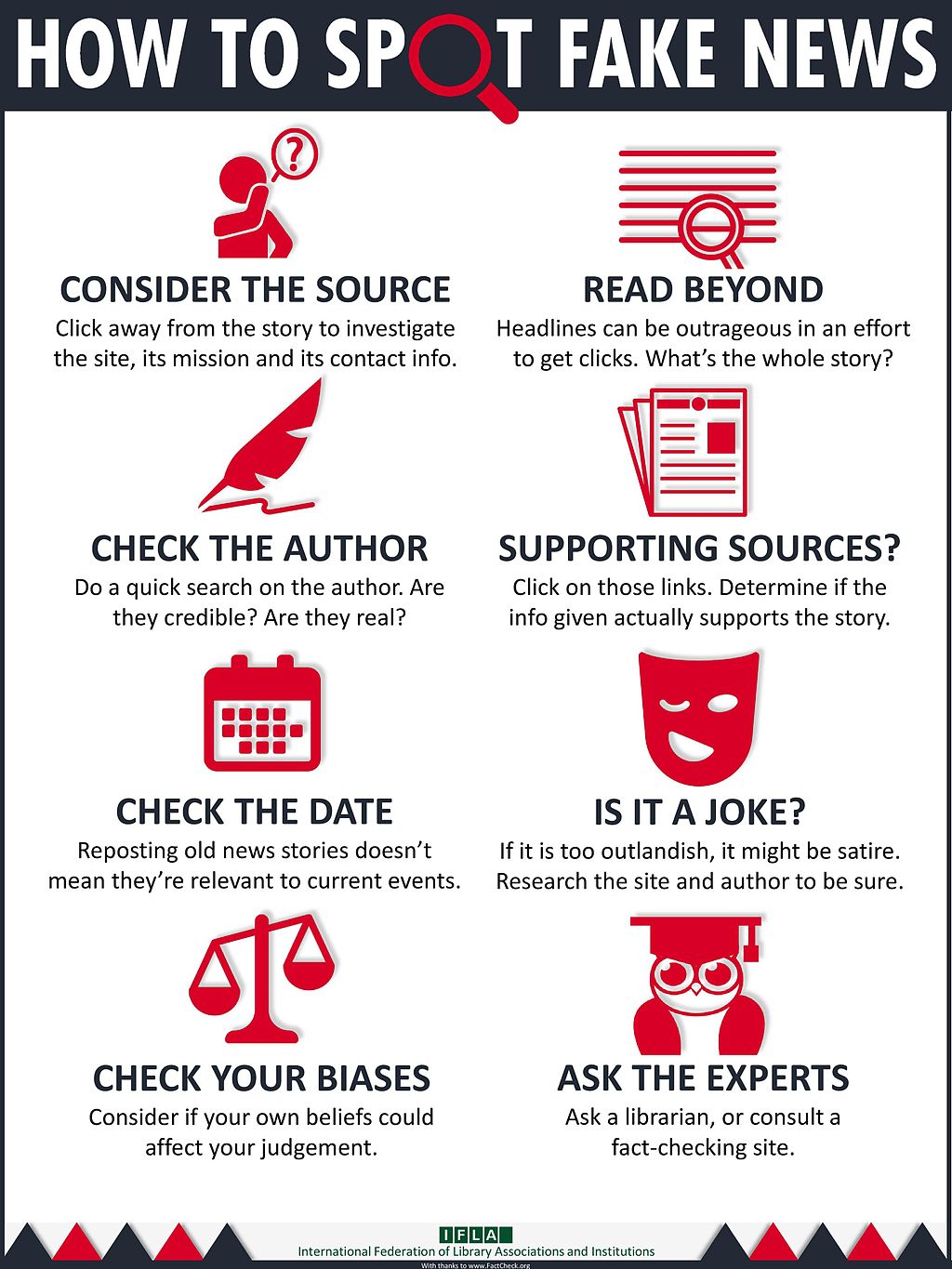 ​(How To Spot Fake News by IFLA, permission to distribute)

How false news can spread

Dive into the phenomenon known as circular reporting and how it contributes to the spread of false news and misinformation.

In previous decades, most news with global reach came from several major newspapers and networks with the resources to gather information directly. The speed with which information spreads now, however, has created the ideal conditions for something called circular reporting. Noah Tavlin sheds light on this phenomenon.

We see this with students. According to a Stanford study, only 25% of high school students were able to identify an accurate news story when also given a fake one. Students also had a hard time distinguishing between real and fake photographs as well as authentic and staged videos.

Researchers used the words “bleak” and “dismaying” to describe it. But it’s not going away anytime soon and that’s a very real problem.

Well, here’s a five-step process that I’ve used with students.

A word of caution. It’s not perfect and there are probably other models out there but I thought I would share it just in case you might want to use it.

We call it the 5 c’s of critical consuming.

#1: Context - Look at the context of the article. When was it written? Where does it come from? Have the events changed since then? Is there any new information that could change your perspective?

#2: Credibility - Check the credibility of the source. Does the site have a reputation for journalistic integrity? Does the author cite credible sources? Or is it satirical? Is it on a list of fake news sites? Is it actually an advertisement posing as a real news story?

#3: Construction. Analyze the construction of the article. What is the bias? Are there any loaded words? Any propaganda techniques? Any omissions that you should look out for? Can you distinguish between the facts and opinions? Or is it simply all speculation?

#4: Corroboration: Corroborate the information with other credible news sources. Make sure it’s not the only source making the claim. If it is, there’s a good chance it’s actually not true.

#5: Compare: Compare it to other news sources to get different perspectives. Find other credible sources from other areas of the ideological or political spectrum to provide nuance and get a bigger picture of what’s actually happening.

How to Spot Fake News

This video provides specific steps you take to evaluate the credibility of a source.

A logical fallacy is a flaw in reasoning. Strong arguments are void of logical fallacies, whilst arguments that are weak tend to use fallacies in place of cogent logic. They're like tricks or illusions of thought, and they're often very sneakily used by politicians, the media, and others to fool people. Don't be fooled! This poster has been designed to help you identify and call out dodgy logic wherever it may raise its ugly , incoherent head. If you see someone committing a logical fallacy online, link them to the relevant fallacy to school them in thinkiness. 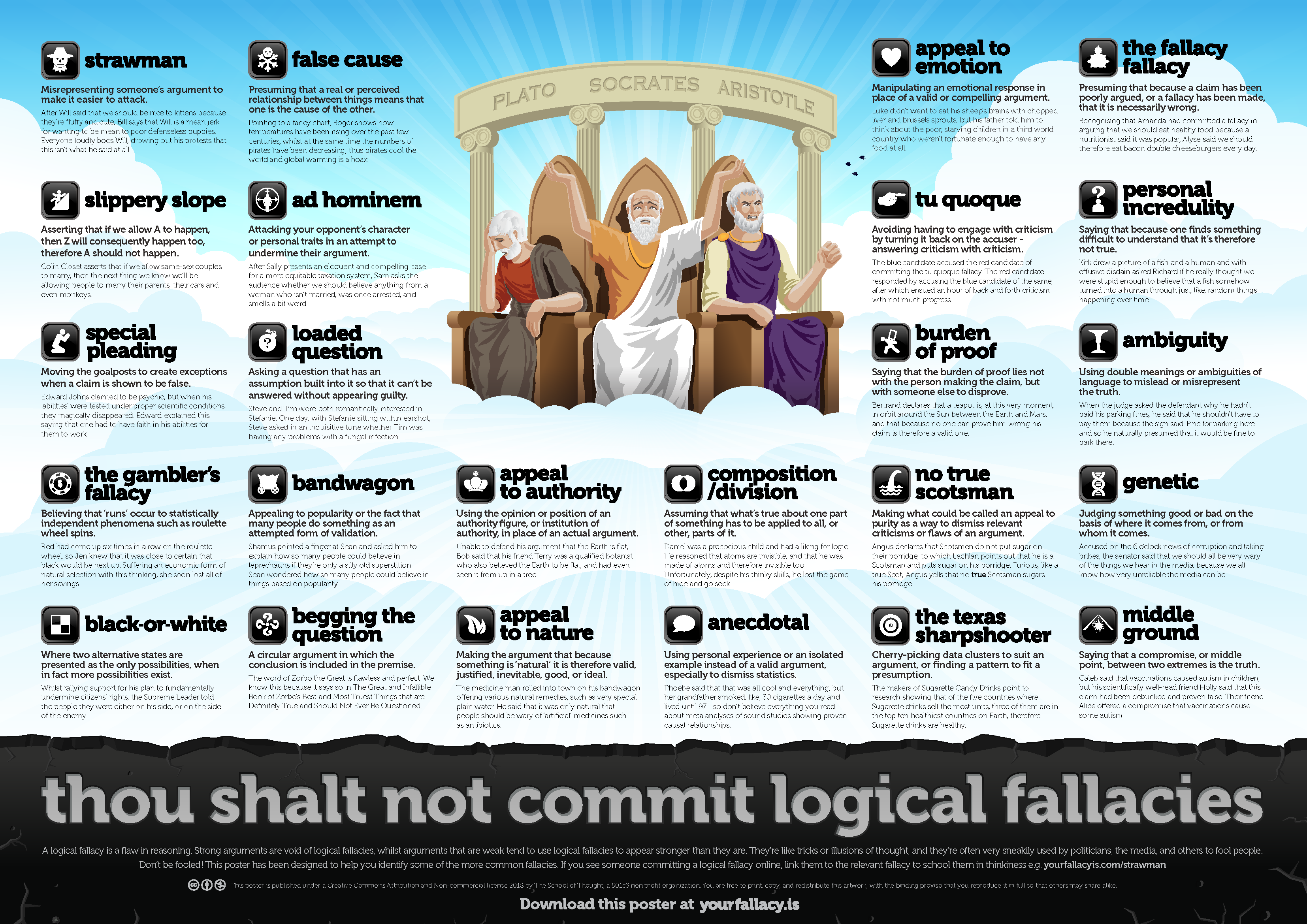 Cognitive biases make our judgements irrational. We have evolved to use shortcuts in our thinking, which are often useful, but a cognitive bias means there's a kind of misfiring going on causing us to lose objectivity. This poster has been designed to help you identify some of the most common biases and how to avoid falling victim to them. 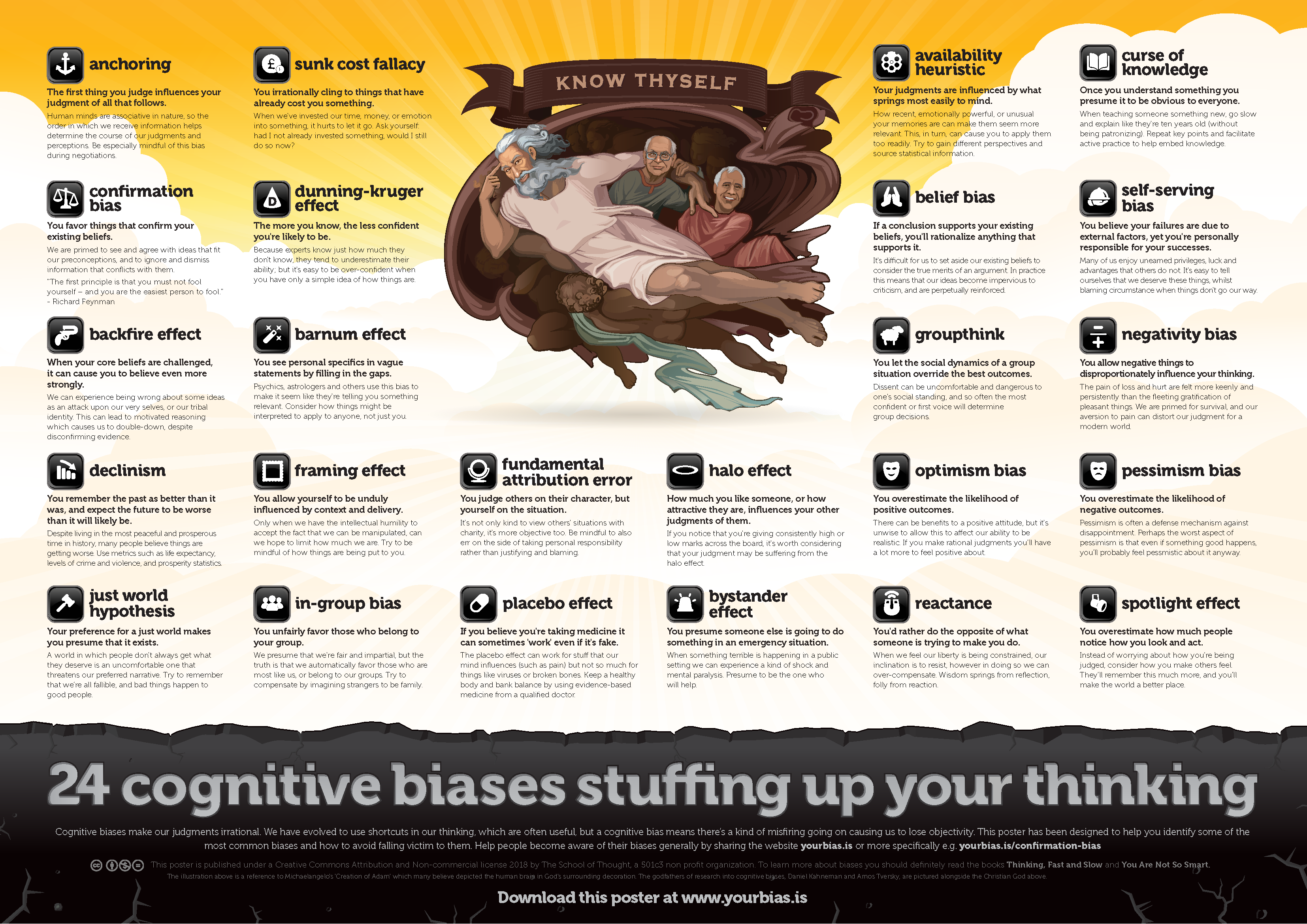 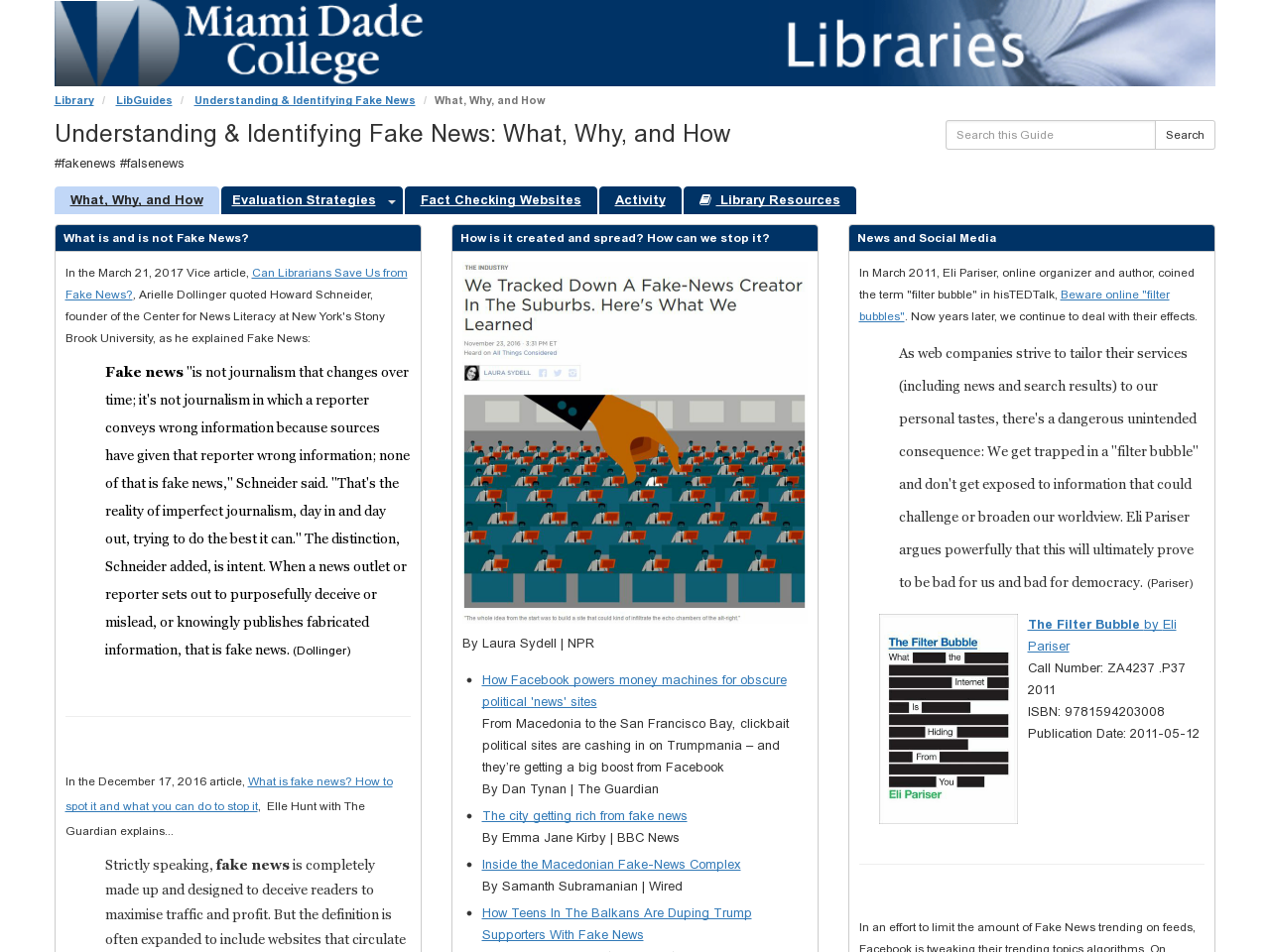 In this module, you have learned how to: