The Brown v. The Board of Education decision in 1954 called for the desegregation of public schools in the United States; Miami-Dade County (delaying like all of its neighbors) however, did not begin this process until 1959- and 1967 for high schools. The delaying of desegregation efforts was just one effect of the misunderstanding, or misinterpretation, of Civil War history in the southern US; a misunderstanding which also contributed to the white reactions reflected in our counties very own South Dade High School’s history. Just a year after desegregation began in South Dade, a student group named SOUL formed to protest the use of confederate symbolism representing an integrated group- the student body, nicknamed the ‘Rebels’. This paper serves as an analysis of the white reactions to SOUL, and the implications they yield. 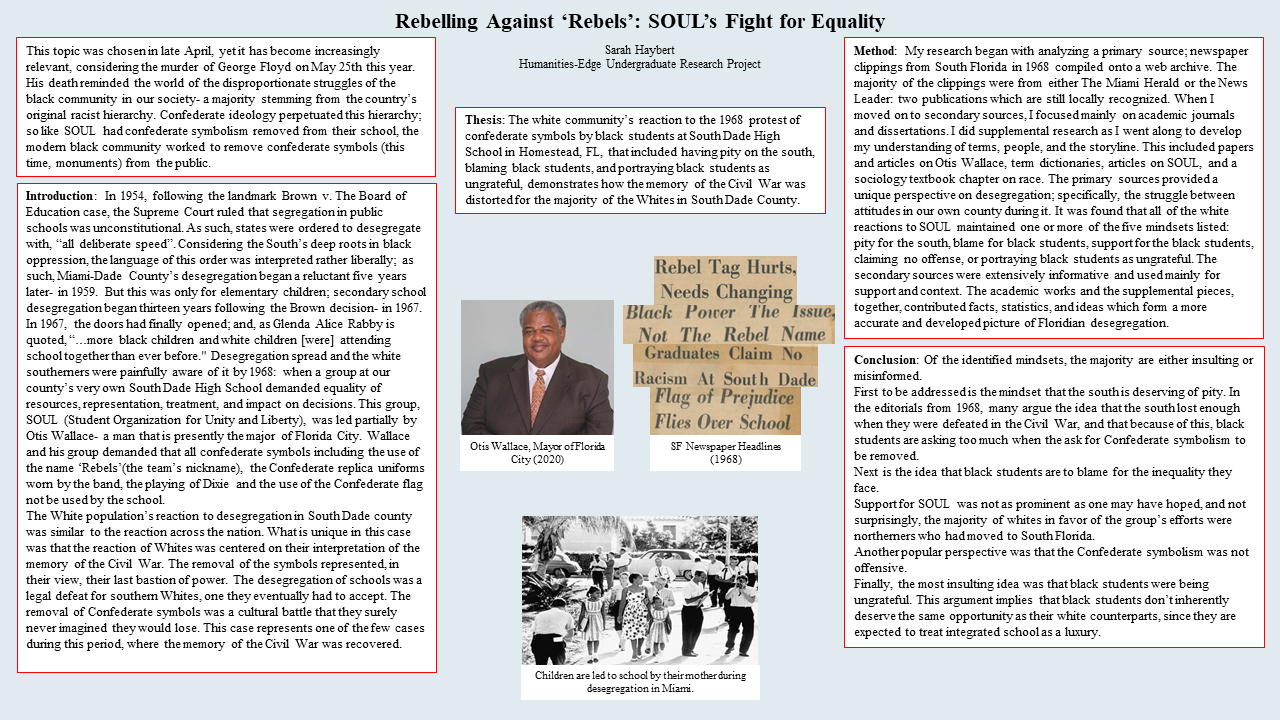 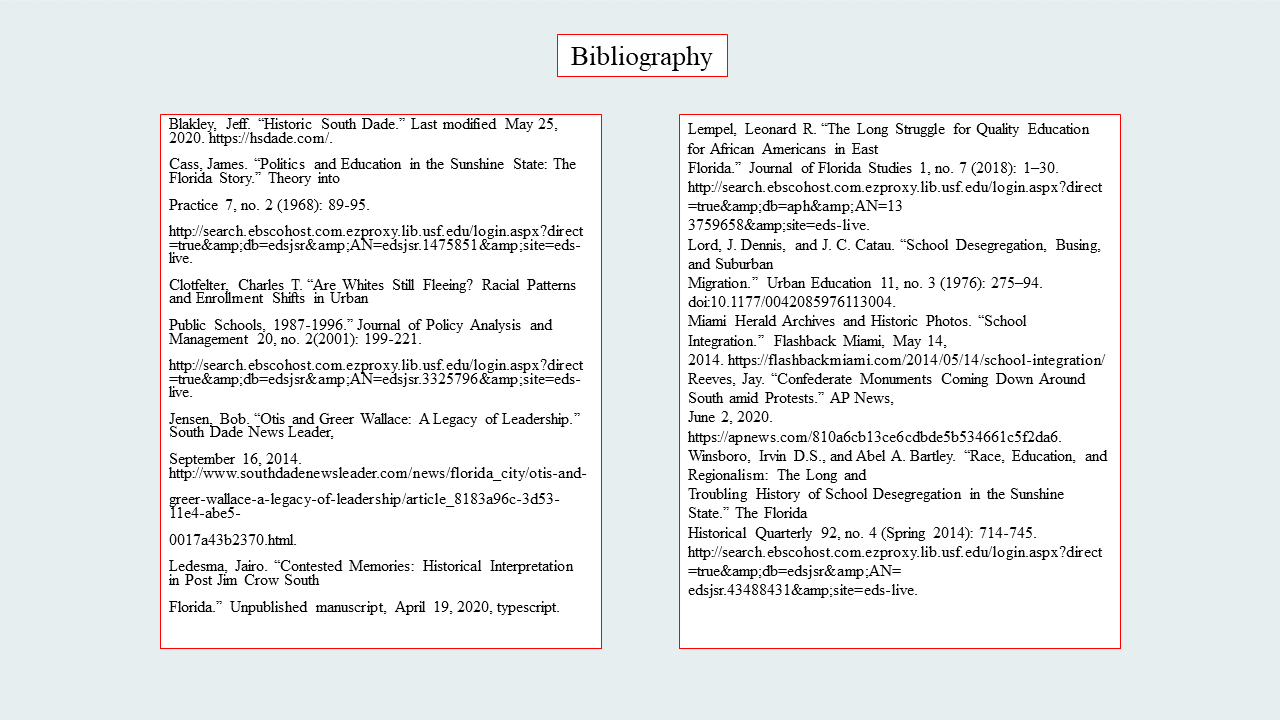